A group of family and friends of Eve Miller took part in the ‘Relay for Life’ in Canada to raise funds for PACT.

The event took place overnight, there was entertainment to keep everyone motivated and they lit luminaries in recognition of the people they were walking for. Altogether they completed 130 laps of the course which was a fantastic achievement and they raised £120 for PACT.

The first photo shows the ‘All about Eve’ team and the second photo shows Eve presenting the money to Beryl Welburn. 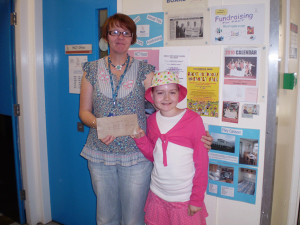